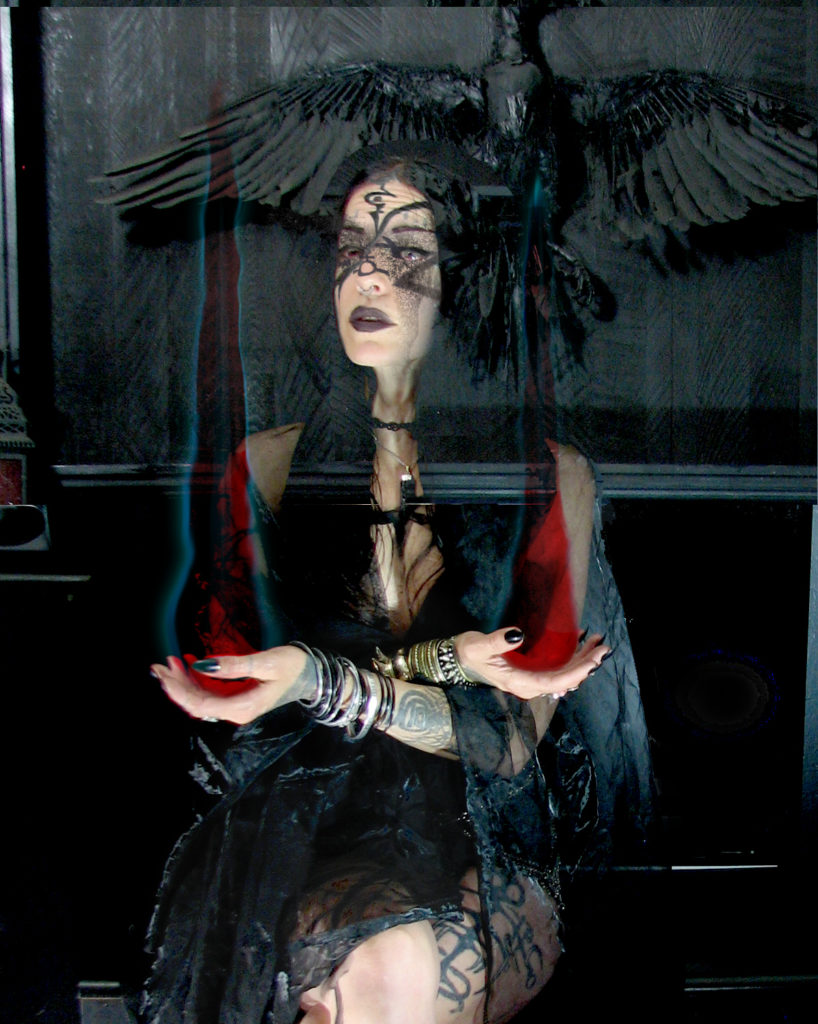 This Friday, January 29th, Scry Recordings will unleash Argyropoeia, the new split EP from SATARAY and ZANIA MORGAN. The disquieting, five-track offering is a ritual purging for nocturnal metamorphosis… their voices heralding a birthing of new form in unearthly flight.

Argyropoeia is eloquently rooted in an esoteric entanglement of two women, deeply embroiled in their life’s work through audio frequencies. Many years ago, SATARAY and ZANIA MORGAN crossed paths by means of a select few whom had leanings similar in design to their own. The particular artistry and path working with Anima Nocturna was most certainly at the core of that newly found unity. From the point of that meeting on, the slow weaving of a surreal conjunction took place. This is their gift to each other and to you. Mastered by Casey Chittenden Jones (noisepoetnobody), Argyropoeia features cover art by Anima Nocturna in collaboration with Cypher Sothis.

“Sometimes something comes along, and it is so unique, it makes you stop, and give it your full attention, just to make sense of exactly what it is that stopped you in your tracks. Argyropoeia, the split album that’s being imminently released by solo artists SATARAY and ZANIA MORGAN, is exactly one of those moments.” — The Sleeping Shaman

“There’s something about music that’s takes you on a mental journey and forces you to reevaluate where you’re standing that can be incredibly rewarding, as this album is for me. Or, you can just take a dark journey along with both artists and let yourself touch the face of the spirit world.” – Meat Mead Metal