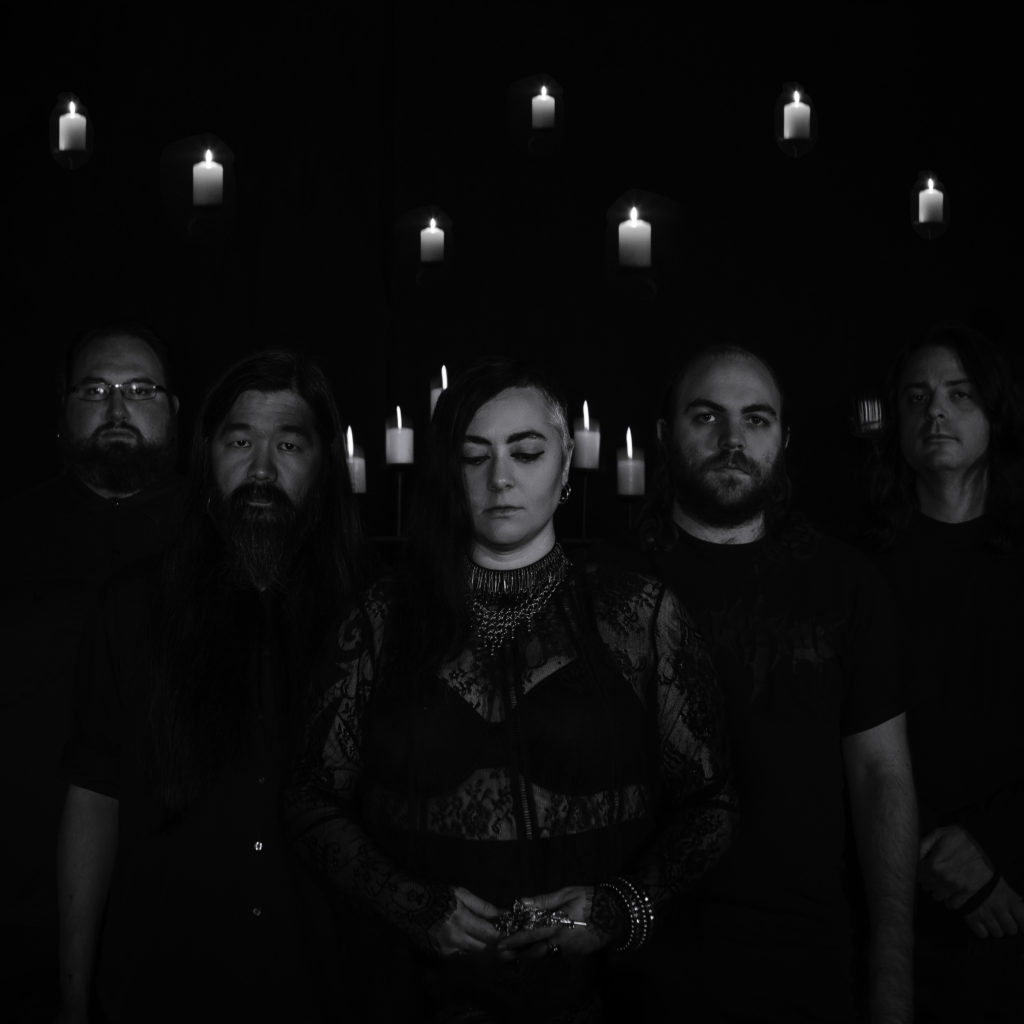 “It took a whole lot of loss, pain and growth for local outfit Eye of Nix to make Black Somnia their second full-length record of avant-garde metal. In anticipation of the album’s release, The Stranger spoke with Lead singer Joy Von Spain, who said Eye of Nix faced “some sort of hurdle with each step towards finishing the record.” In the two years since the dropped their debut, Moros, the five-piece changed bassists and drummers. As if a 40 percent member turnover wasn’t challenging enough, one of Von Spain’s friends passed away while she was recording Black Somnia in Portland with renowned producer Billy Anderson (Swans, Melvins, Jawbreaker).

Clearing those hurdles resulted in a distinctive and rewarding record. Black Somnia, which came out today, delivers meditative and morose sludge in the vein of seminal “thinking man’s metal” pioneers Neurosis, but takes the style in new and unfamiliar directions. Interesting samples add atmosphere and an overall uneasy sonic mood commensurates with Von Spain’s lyrical meditations on fear and discomfort. Occasional harmonized vocals and synthesizer melodies slice through the record’s gloom. The result is a mature musical journey with a surprisingly varied emotional palate.”