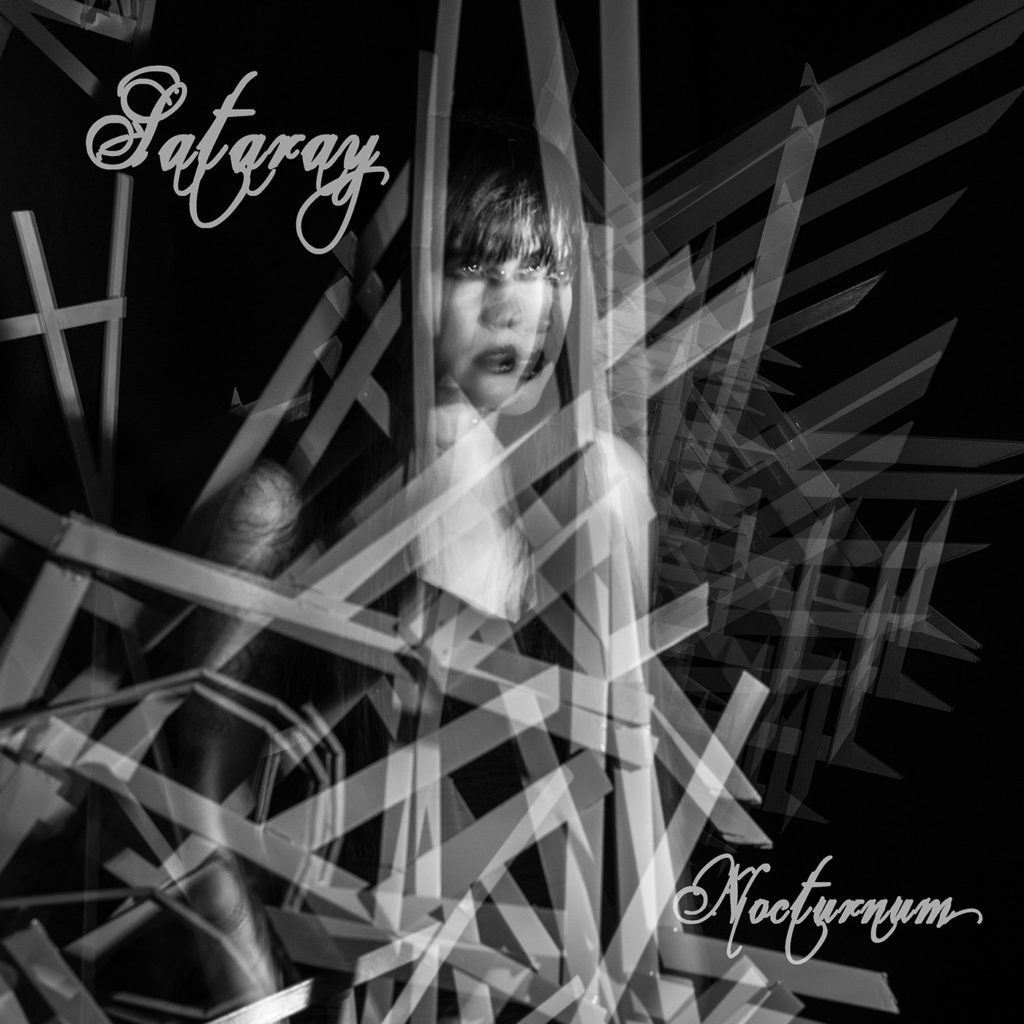 “…an embracing of the dark – a work that establishes dominion over the night’s destructive forces by first meeting them where they are and living among them…. There’s an unmistakable energy coursing through these compositions, and the open listener will be able to feel it washing over him or herself in waves.” — Indy Metal Vault

In advance of its release, Indy Metal Vault is pleased to unveil “Maleficum Pt. 1.” Issues SATARAY of the track, “‘Maleficum’ is a two-piece composition, Part 1 and 2 being very different aesthetically but stemming from the same source. Although the particular subject content is very complex and personal, the intent is simply an invocation to dispel malefic energies and cleanse one’s karmic past.”

Adds Indy Metal Vault, “SATARAY takes the MIDI synths and other electronic hallmarks of dark ambient and adds in tribal rhythms, forming a mesmeric base for the vocals. This is where Nocturnum truly stands out – the layers of vocals, whispers, growls, and screams, intoning words of great power from languages long forgotten if they ever existed at all. There’s an unmistakable energy coursing through these compositions, and the open listener will be able to feel it washing over him or herself in waves.”

Succumb to the sounds of SATARAY’s “Maleficum Pt. 1” courtesy of Indy Metal Vault at THIS LOCATION.

Nocturnum will be released on April 5th as a limited-edition cassette and digitally via Bandcamp. For preorders, go to, sataray.bandcamp.com/album/nocturnum where opening track “DarkMoon” can be streamed.

SATARAY will play a special record release show April 26th with additional live rituals to be announced in the weeks to come.

SATARAY has been active since 2006 through many different incarnations, including live performances and recording collaborations with Seattle experimental musician Celadon. Over the last few years, SATARAY has been composing, performing, and recording her own music entirely, focusing intently on a specific sound. Her live displays create a ritualistic space and atmosphere, often including performance art elements such as butoh dance and other movement inspiration. She has participated in the Cascadian Yule gathering, and appeared at the Esoteric Book Conference, Passiontide, ShadowDance, and more, bringing her live immersive experience to Berlin, Colombia, the US West Coast, and the Pacific Northwest.