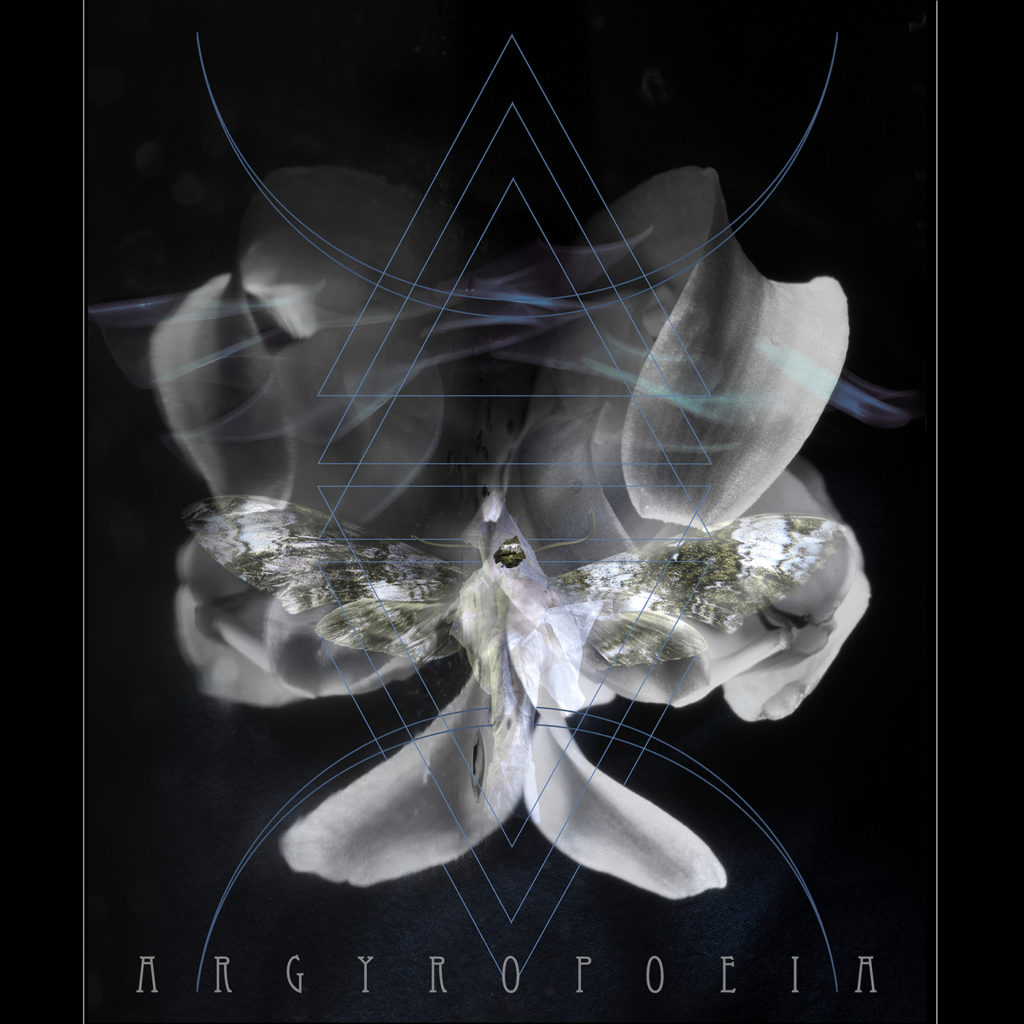 From the corrosive molten skin of a world bathed in havoc and deleterious methods of control, comes the workings of SATARAY and ZANIA MORGAN, united for the release of a special split EP via Scry Recordings this January. Titled Argyropoeia, the harrowing, five-track offering is a ritual purging for nocturnal metamorphosis… their voices heralding a birthing of new form in unearthly flight.

Argyropoeia is eloquently rooted in an esoteric entanglement of two women, deeply embroiled in their life’s work through audio frequencies. Many years ago, these two women crossed paths by means of a select few whom had leanings similar in design to their own. The particular artistry and path working of Anima Nocturna was most certainly at the core of that newly found unity. From the point of that meeting on, the slow weaving of a surreal conjunction took place. This is their gift to each other and to you.

Argyropoeia was mastered by Casey Chittenden Jones (noisepoetnobody), features cover art by Anima Nocturna in collaboration with Cypher Sothis, and will be released digitally on January 29th, 2021.

View the trailer at THIS LOCATION.