Eye of Nix will play Northwest Terror Fest 2018 in Seattle 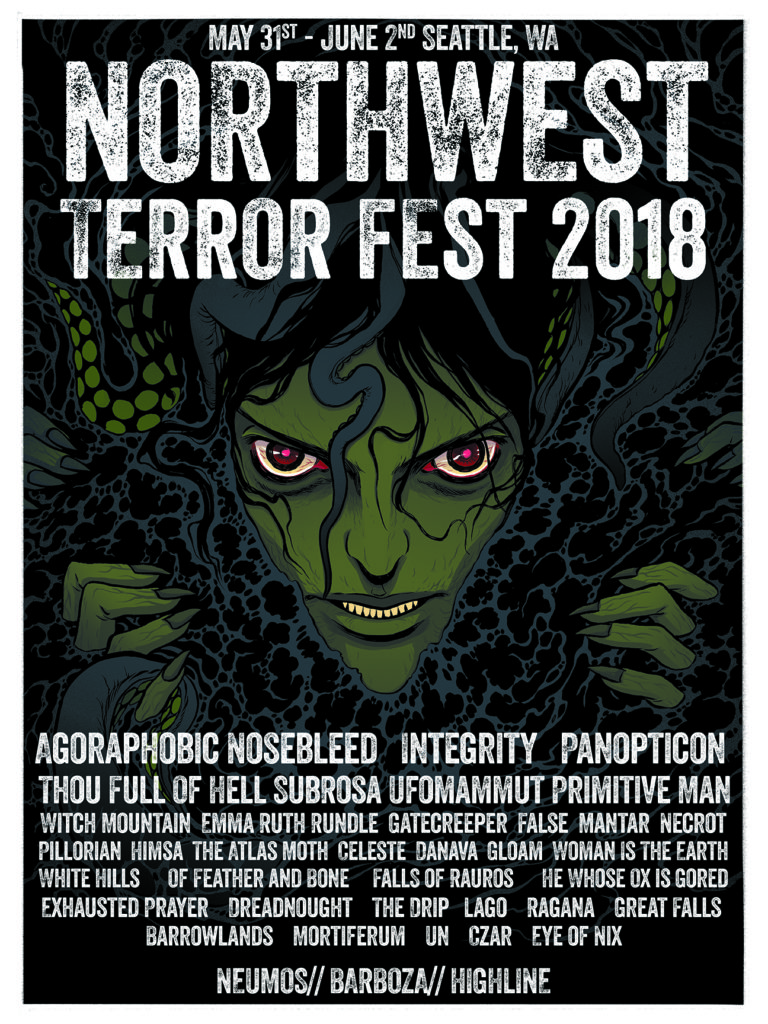 Avant doom collective EYE OF NIX will play this year’s edition of Northwest Terror Fest alongside Witch Mountain, Woman Is The Earth, Falls Of Rauros, and Ragana. The band will be performing tunes from their Black Somnia full-length, issued late last year via newly-launched Scry Recordings.

Captured by renowned producer Billy Anderson (Neurosis, Om, Pallbearer) at The Hallowed Halls in Portland, Oregon and mastered by Brad Boatwright (Gatecreeper, Necrot), Black Somnia centers itself on themes of fear, control, and anxiety while shape-shifting through a lens of blackened psychedelia and doom. Commented vocalist Joy Von Spain, “For me, the album is an exploration of the forces of fear and control, responses to these insidious, unseen powers, the specter that remains when we awaken from mysterious and frightening dreams. Billy Anderson worked with us on ideas to preserve the noisier elements of our sound and create layers of atmosphere surrounding the voice.”

Black Somnia is available digitally and in a full color gatefold LP presentation with 180-gram black vinyl, limited to 250 copies at the EYE OF NIX Bandcamp page at THIS LOCATION where the record can also be streamed in full.