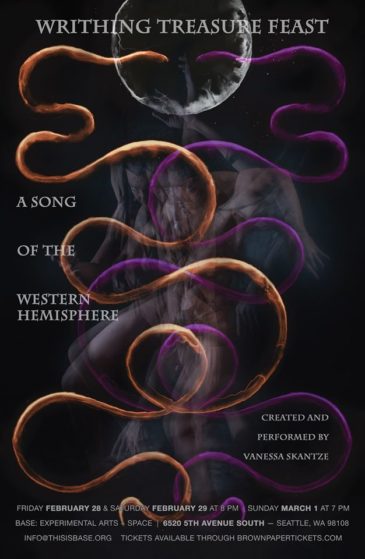 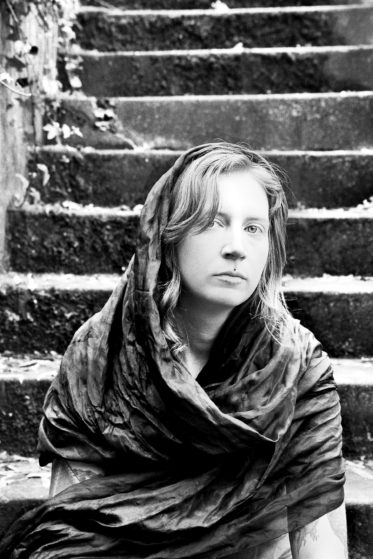 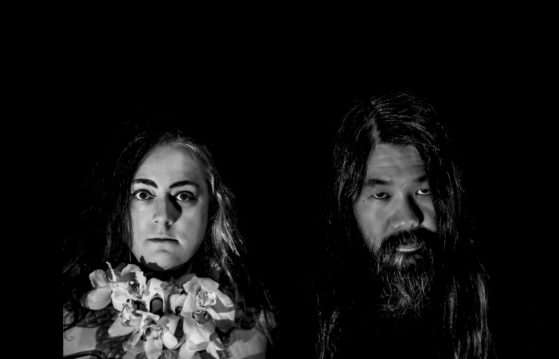 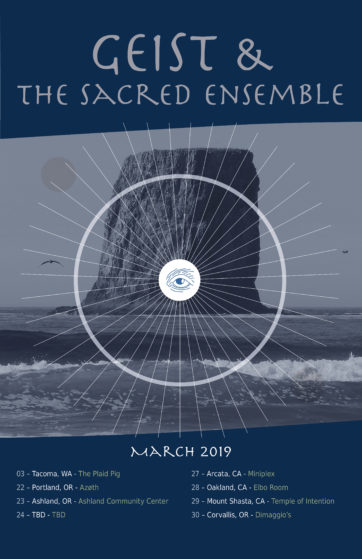 One of the Pacific Northwest’s hidden societies, GEIST & THE SACRED ENSEMBLE forge a doom-inflected folk ritualism; dirges tinged with Eastern psychedelia and meandering meditative trances. For the last several years, the group has shown the Washington state underground a clear vision for their sound and lyrics – creating a shamanistic space for the listener, placing them into a trance, then building up the excitement. The overarching theme of their lyrical work is that of an idealist, a yearning for an end to the modern human condition, for destruction of the constructs & constraints of oppression. The group has appeared many times at Thirst For Light and on Hollow Earth Radio.

GEIST & THE SACRED ENSEMBLE bring their hypnotic and emotionally-charged live show to a wider audience this spring with a west coast tour. For this occasion, on March 31st, Scry Recordings is releasing Dig In Sessions: III, a cassette with two musical hypnosis sessions from the vault, recorded by the group and mastered by MS Waldron (Nurse With Wound, irr.app.ext).

Issues the band, “What is that, you ask? Over the years (2012-present) we have recorded most of our practices. Sometimes, practice turns into improvised playing and listening which we call ‘digs.’ We say ‘digs’ because whether you’re digging a hole or creating music in the moment, it is the terrain that dictates the approach. The dig could become a foundation for something bigger than itself or covered up and forgotten. We want to share a side of our sound that you may not always hear.”

Excerpts from the tape which was mastered by Mastered by MS Waldron can be heard at GEIST & THE SACRED ENSEMBLE’s official bandcamp page here: geistthesacredensemble.bandcamp.com.

“GEIST & THE SACRED ENSEMBLE are worthy of any psychedelic folk and doom lover’s full attention, and I personally would travel far to witness them live.” – Heathen Harvest

“GEIST & THE SACRED ENSEMBLE rewards the patient listener.” – Revolt Of The Apes 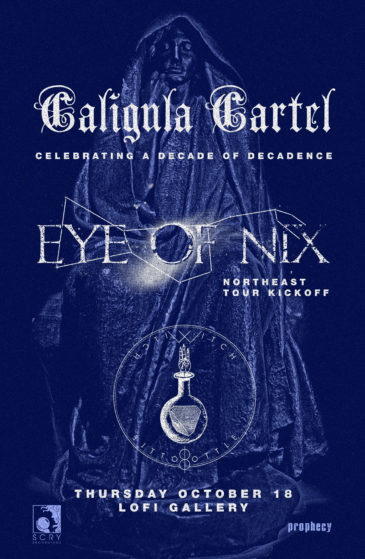 Thursday, October 18th, 2018 Caligula Cartel will celebrate 10 years of live mayhem. This show is the kickoff for Eye of Nix’ first Northeast US tour and the bands will be joined by Witch Bottle at the LoFi Performance Gallery in Seatle, WA. More info available HERE. 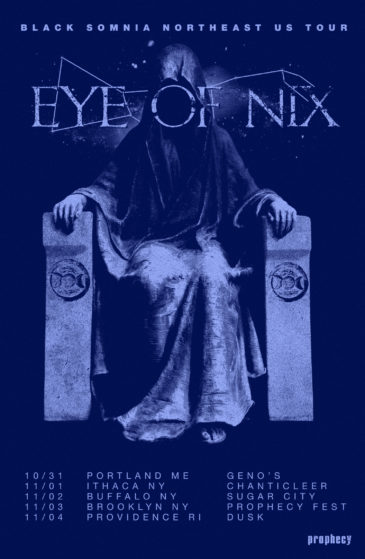 In conjunction with the signing to Prophecy Productions and re-release of Black Somnia, EYE OF NIX will bring their enigmatic psalms to East Coast stages next month. The mini tour will begin with a warm up show in their hometown of Seattle October 18th before heading to Portland, Maine on Halloween. From there, the band will make their way through New York, Rhode Island, and Washington for five more shows including an appearance at Prophecy Fest at The Knitting Factory in Brooklyn, New York November 3rd alongside Alcest, Xasthur, Kayo Dot and more. See all confirmed dates below.