Get a first listen below to the project’s immersive and ferocious new single, “Fire in the Veins” — which feels quite aptly titled considering the pulsating track’s subtly incinerating tone.

The track centers on a strangely danceable and chilly yet thick-toned electronica rhythm coursing through a haze of grating and static-textured whirs. There’s both a familiarly industrialized vibe in the song and something that feels more esoteric, as if the central perspective of the track hinges on running through trash-strewn alleyways while soaked in rain and grime — and trying to flee some kind of demented and otherworldly force. The shuddering rhythms feel grueling and soaked in viscous tension, with a decidedly angular and erratic texture to the oddly more danceable components. It’s as if more pleasant-sounding sonic ideas are getting run through a blender in real time across “Fire in the Veins.”

The track would probably appeal to fans of The Body. “Fire in the Veins” carries a dynamic abrasion that feels reminiscent of some of the work from that duo, with a foothold of accessibility alongside a steady stream of monumental waves of industrialized chaos.

Order at this link. 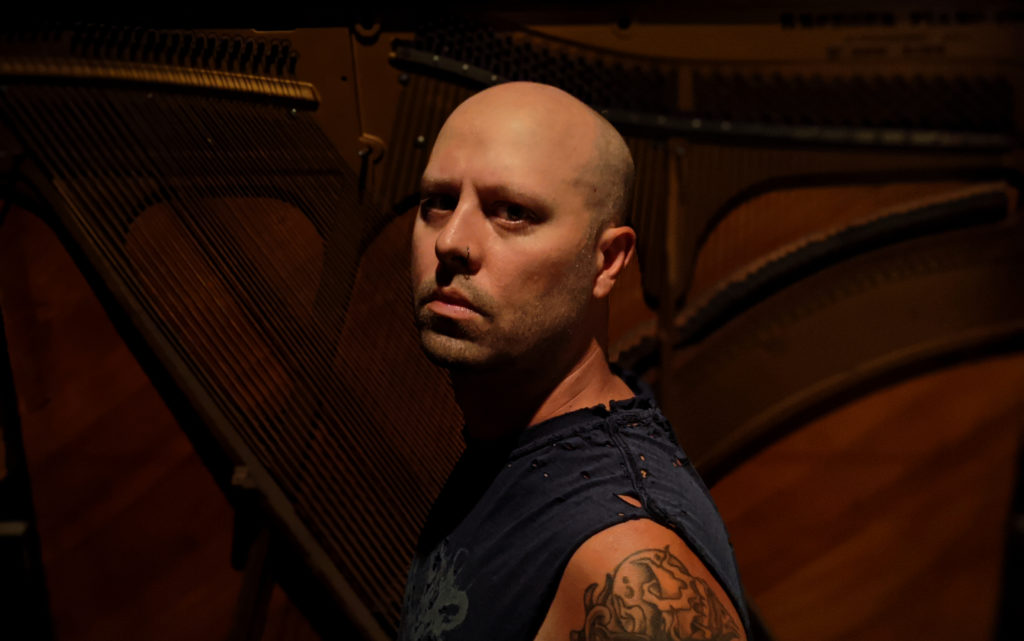 For preorders, go to THIS LOCATION.

SCARD – led by one J. Huston — began in 2001 in Seattle, moving to Portland a year later. Drawing from dark ambient, power electronics, death industrial, and black noise, SCARD combines their personal origins in the forested regions of Oregon with eventual scum of city life to create a harsh, layered, and multi-faceted sound. In addition to his solo endeavor, Huston is the guitarist, vocalist, and producer of the atmospheric black metal band Winter In The Blood and also appears on the avant-garde black metal ensemble L’Acephale’s Stahlhartes Gehäuse and self-titled full-lengths (2009 and 2019 respectively).

Stream SCARD’s “Graveyard Dirt” at THIS LOCATION. View the album trailer below.

Rusted Lock was mixed by Fester, mastered by James Plotkin, and will see release on cassette and digital formats.

Over the last nineteen years, SCARD has shared stages with the likes of Sixes, Bloodyminded, Daniel Menche, Control, To End It All, The Rita, Wolf Eyes, John Wiese, Blue Sabbath Black Cheer, Sleeping With The Earth, Pharmakon, Dave Phillips, Sudden Infant, Consumer Electronics, and many others. SCARD has also appeared at 2007’s Black Noise Festival in Oakland, 2009’s Northeast Noise And Power Electronics Festival in Boston, 2012’s Pure Harsh Noise Worship in Portland, and 2014’s Pent Up Fest in Seattle, and many DIY venues throughout the Pacific Northwest.